Which of the Four Types of Sleepers Are You?

You're probably familiar with people calling themselves an early bird, a night owl, or an early riser. We hear a lot about people being different kinds of sleepers. But research done by several sleep experts and scientists done in the mid-2000s revealed there are more than just two groups of sleepers. 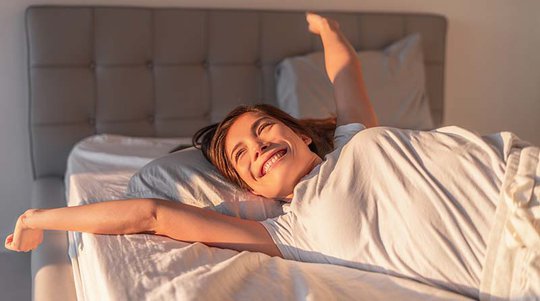 Scientists used to classify people who prefer to wake up late and are more alert in the evenings or late afternoons as 'owls' and those who like to wake up early mornings as 'larks,' as in early birds. These two types were referred to as chronotypes. Chronotypes represent the natural inclination of our bodies to sleep at certain times.

Today, scientists and sleep researchers believe most people fit into four different chronotypes. So, let's get cozy and learn about the four different types of sleepers.

What's the Difference Between Chrono Type and Circadian Rhythm?

A chronotype is closely related to a circadian rhythm, which controls the day-to-day sleep to awake cycle our bodies follow, releasing melatonin in response to our environmental cues. However, a circadian rhythm can be something changed or 'trained' when we begin to adhere to a strict sleep schedule and proper sleep hygiene. Sleep chronotypes exist on a more permanent basis.

What does that mean? For example, a natural night owl might be able to set their alarm and wake up at 7 AM every morning to get ready for work, but they still may not be able to feel their most energetic and active until the afternoon. 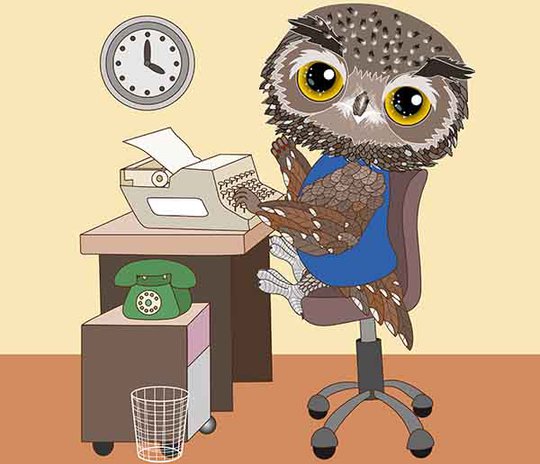 Chronotypes do not influence the total amount of sleep time needed. As an adult, you generally need between seven to nine hours of sleep a night, and it doesn't matter whether you are a night owl or an early bird—you will still need the same amount of sleep. Scientists believe it is near impossible to change your chronotype purposefully and that it may be a natural shift throughout your life if it does.

What Determines the Type of Sleeper You Are?

What type of sleeper you are depends on genetics, age, and other factors. Some sleep experts and scientists believe that chronotype may also differ depending on where you live due to the changes in daylight hours.

Along with genetics, scientists say having a longer allele (one of two or more alternative forms of a gene that arise by mutation) on the PER3 circadian clock gene has been tied to early risers and those who do well in the morning.

The Four Different Types of Sleepers

You can categorize the four different types of sleepers in two different ways. Dr. Michael Breus, an American sleep expert, named each type after an animal: Bear, Wolf, Lion, and Dolphin. In another approach, the four types can be recognized as Early Risers, Late Risers, High Energetic, and Always Tired.

Whichever name you call this chronotype, Bears, Larks, or Early Risers, this type of sleeper loves getting up in the morning and falling asleep generally early, a few hours after dusk. A Bear's energy cycle follows the sun, and they typically find themselves most productive in daylight. This chronotype may bear-ly be able to stay awake and lack energy during the afternoon, which can end up making them very tired by the end of the day.

It's estimated that roughly 50% of people will fall into this category. For fellow Bears, managing your caffeine intake, especially avoiding having any after noon, will be vital to enjoying an undisturbed sleep pattern. Bears tend to get a more restful night's sleep when they stick to waking up at the same time every morning. The golden hours are generally between 9 AM to 9 PM for the average Bear.

A Wolf chronotype, or a Late Riser, is also known as the Night Owl. Wolves typically get their energy surge late in the day and find productivity easier at night. This type prefers to sleep in late and stay awake well after dark. When they first wake up, the Wolf struggles to get going and may find it difficult to fight the mind fog or grogginess, then comfortably stays awake late into the night, which is often when they do their best thinking. 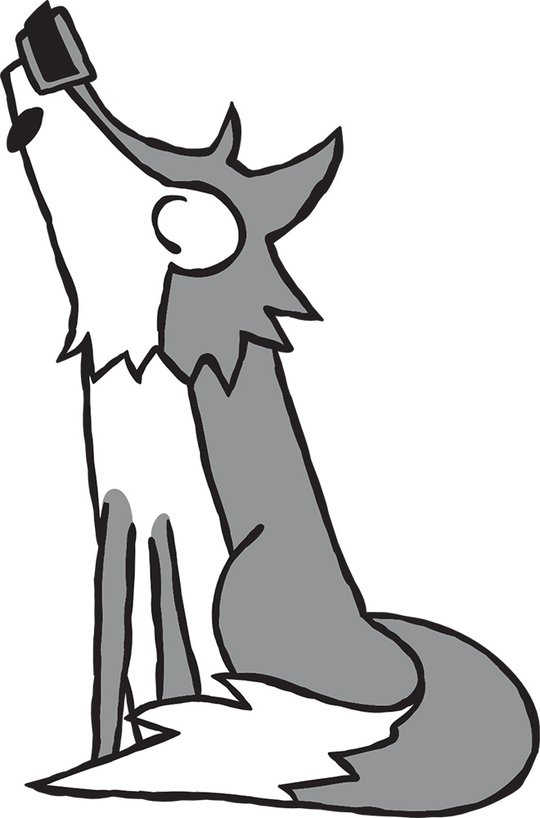 Roughly 15% of people are considered a Wolf chronotype. Unlike Bears, Wolves probably gravitate toward caffeine naturally and tend to drink much more in the morning to help them wake up and get ready for the day. Wolf chronotypes should consider using a daylight lamp to help them wake up earlier and get outside whenever possible, especially during darker winter months.

A Lion chronotype, or a High Energetic, is active and tends to have plenty of energy. The Lion loves waking up early, sometimes before sunrise. Lions usually sleep less than the other three types, averaging 6.5 to 7.5 hours of sleep a night, yet even with less sleep they will still be roar-ing to go during the day. 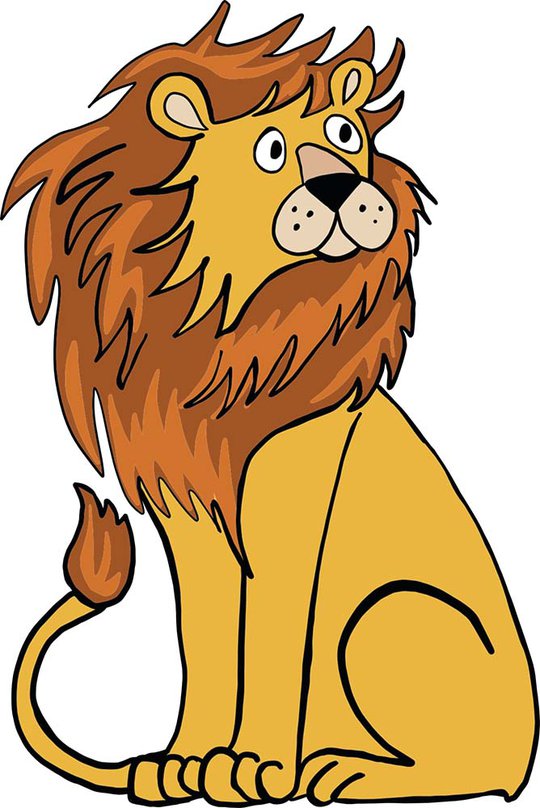 20-minute power naps are generally the best way for a Lion to keep their productivity up and boost their mood. Lions may be found power napping in the afternoon, but sleep experts discourage this chronotype from napping after 3 PM as it can disrupt their ability to fall asleep later that night.

Dolphins are very light sleepers, also called the Always Tired chronotype. Dolphins tend to wake at the slightest disturbance from noise or light. This interrupted sleep causes them to feel consistently tired throughout the day. Dolphins often find that their energy comes back at night, causing them to feel wired and struggle to fall or stay asleep. 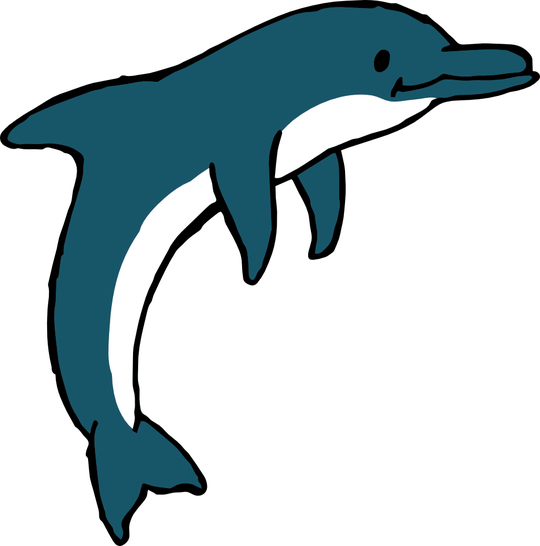 Around 10% of people fit this chronotype. For Dolphins, having a routine that helps them wind down after dark and prepare to sleep is vital. Dolphins should try to avoid screens at night, including TVs, tablets, phones, and other devices that stop sleep hormones from being released, making it harder to fall asleep. Dolphins may also benefit from using black-out curtains, earplugs, eye masks, or black LED blocking tape to dim any electronic light that interferes with sleep.

Why Does Knowing Your Sleep Type Matter?

Understanding what type of sleeper you are can help you get a better night's rest which leads to better waking hours. Studies have also shown some associations between chronotypes and personality, improved health, and higher quality of life.

Learning your sleep type can help you perform better at school, work, or in daily life. Getting the right amount of sleep may also mean you:

We're all about better sleep here at LazyOne! We enjoy sharing our knowledge of how to improve it and helping make it more enjoyable for all ages. So, which of the four different sleep types are you: a Bear, a Wolf, a Lion, or a Dolphin? We hope you've enjoyed reading! Oh, ya, lest we forget, regardless of which sleeper you are, comfy pajamas will help your sleep better! 😉