How to Make Watching the Game from Home Fun

One of our favorite things about fall? FOOTBALL SEASON IS BACK!

We've gathered ten tips and tricks to help you make the most of a game day at home, whether you want to keep your crowd small or throw a football-themed party. Break out the grill, don your team colors, and get ready to have a BALL? (Get it? Like football?)

1. Invite your fellow fans over to watch the game with you.

Everyone knows it's more fun to watch football when you're surrounded by people who share the same excitement as you! 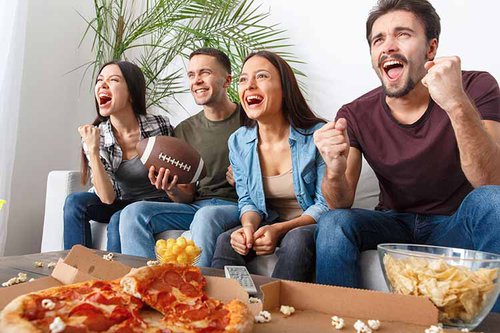 That's why so many people go to the stadium, after all; there's nothing quite like the joy that you share when your team scores their first touchdown. Create your own "stadium" feel in a small, comfortable manner by inviting over a few friends, neighbors, or co-workers. If you're feeling brave and don't mind a bit of friendly competition, invite people over that you know will root for the opposing team!

2. Make sure you have plenty of sitting room so that no one has to stand to watch the game.

If you want to invite ten people over but only have one loveseat that sits two people, you're going to have a problem. No one wants to have to stand through a whole football game, and sitting on the floor can get uncomfortable quickly! Plan ahead by moving chairs into the living room, even if they're dining room chairs or outdoor chairs. People probably won't be too picky about what type of seat they have to sit in as long as they get to sit and relax!

3. Start preparing food early so that you don't stress yourself out during the game.

When you host a sports-related party, making sure you have enough food is just as important as making sure everyone can watch the game. 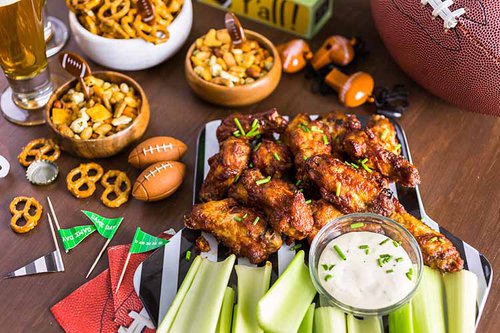 You don't want to miss the game trying to get everything together by halftime, though; if you plan on grilling burgers or hot dogs, make sure you start early enough to be finished by time the game starts, with everything set up so that people can start eating as soon as they walk in the door.

4. Serve a couple of appetizers (two or three) at the start of the game and then the entrees (one or two) at halftime.

If you put everything out at the start of the game, it'll get cold pretty quickly. Make sure you serve your appetizers for the first half of the game and save your entrees for the second half! The amount of food you serve will depend on how many people you plan on having over, but in general, we recommend serving two or three appetizers and then two entrees so your guests have plenty of options to choose from without you having to make TOO much. If you cook your entrees in advance, you can quickly throw them in/take them out of the oven to heat up during a commercial break so that you don't have to try and cook them while the game is on.

5. Serve the food near the TV so no one has to miss an important play just to get more food.

This one's a no-brainer, and we've seen it in plenty of TV commercials: a guy steps away from the TV long enough to get a burger from the kitchen, and suddenly everyone in the living room is yelling about an amazing play (or worse, a touchdown), but by the time the guy gets back he's already missed it. 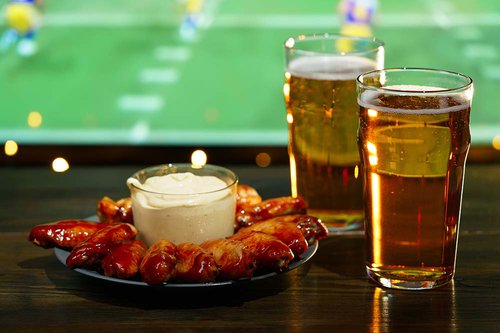 Prevent that fiasco from happening by setting up a food table in or beside the living room so that the people who need more food don't have to take their eyes off the TV.

6. Decorate with your team colors.

Decorating your space is one of the best parts of hosting your own game-watching party, and there are plenty of ways to do it without going overboard! 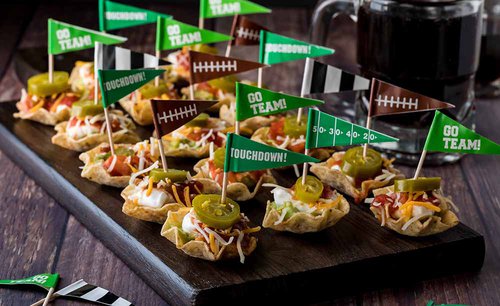 One easy way to decorate is to choose disposable table cloths, paper plates, and plastic cups in your team's colors. If you want more, you can find streamers to hang from the wall, or you can visit your local party store to find football-themed decorations like banners, balloons, necklaces, and photo booth props.

7. Use paper and plastic disposable dishware to make the cleanup process easy.

Not only does the plastic and paper dishware we mentioned above make it easy to decorate, but it also makes it easy to clean up.

The last thing anyone wants to do after throwing a party is spend a lot of time doing dishes! Toss everything in a trash bag when the party's over, walk it out to the dumpster, and you're done.

8. Have plenty of drink options.

Some people consider alcohol as important as the food at game day parties; some people avoid it altogether. If you want to have alcohol, you can either ask everyone to BYOB (bring your own beer) or have a case of light beer and a case of darker/seasonal beer on hand so that your guests have a few options.

If you're wine drinkers, have a bottle of white and a bottle of red, and if you don't want to serve alcohol at all, stock up on sports drinks, lemonade, tea, etc.

7. Make the game even more fun by implementing mini-games for your guests to enjoy, like football squares.

Have you ever heard of football squares? They're little pieces of paper with a 10x10 grid. You make predictions about the final scores of the game, and the winner gets a monetary prize. If you don't want to use money, the winner could receive a small prize or gift card. Playing a game like this during the game helps people feel invested even if they're not really into watching football!

8. Make sure that you dress comfy (stretchable waistbands?)!

Finally, one of the easiest and most important ways to enjoy a game day from home is to wear clothes that are comfy, Make sure you pick something cozy, since you won't be leaving the house anyway! 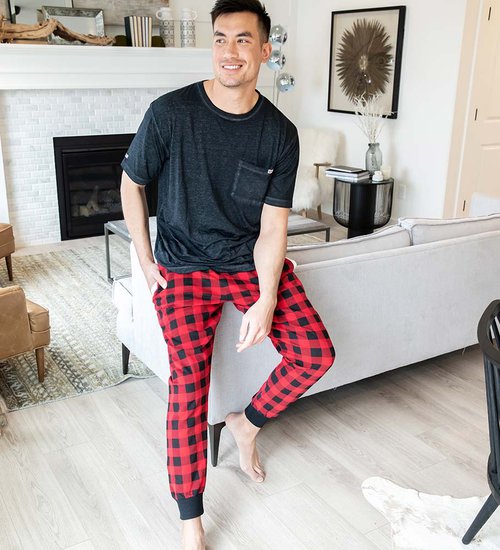 Joggers are a great choice, and so are our women's sleep hoodies! 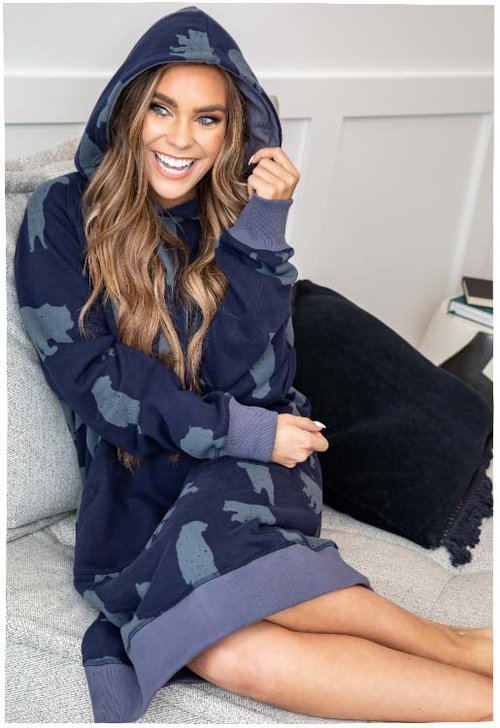 Now that you know how to have an epic game day at home, you can enjoy the rest of your football season with friends, family, and good food. Enjoy!